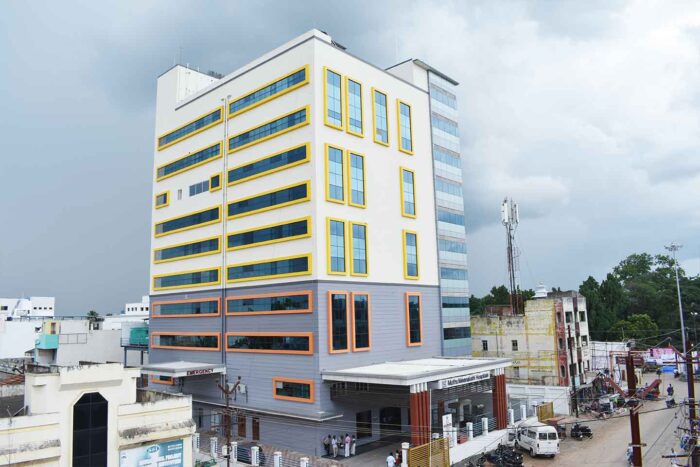 Working with clients with deep rooted culture was immense. The design challenge was to show this high building as a not so tall building which was in contrast to most whose obvious choice would be to show it much taller. Hence instead of tugging in horizontal elements as obvious choice, Windows from alternate floors were grouped so that from front it looked just like a 4 storey building. The colors were more celebratory than usually preferred natural and earthen for the belief that its a way of life and partially influenced by Dhanvantri, the hindu god of medicine that is much apt for a hospital. The color representation also matches with Tulsi herb green, Fire in yellow and orange and homam in ash.